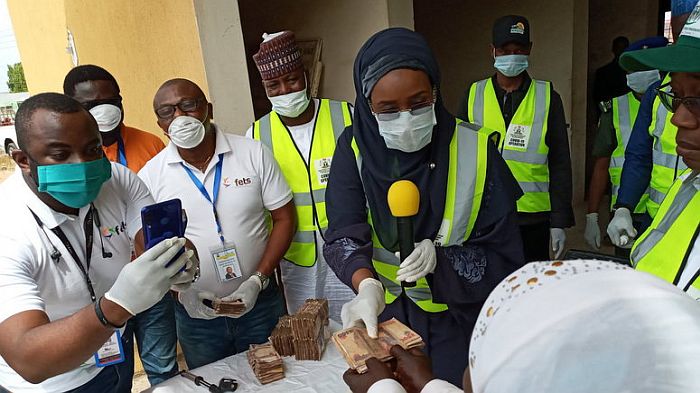 Katsina State is the highest recipient of the Federal Governmentâs Conditional Cash Transfer programme with a total of 133,227 beneficiaries.

Lagos, Delta and Borno states had zero beneficiaries, according to an infographic published by the International Centre for Investigative Reporting on states captured in the CCT scheme and their respective number of beneficiaries as of April 9, 2020.

Data from the infographic showed that Katsina had the highest number of beneficiaries, followed by Zamfara and Jigawa.

See the Data below:- 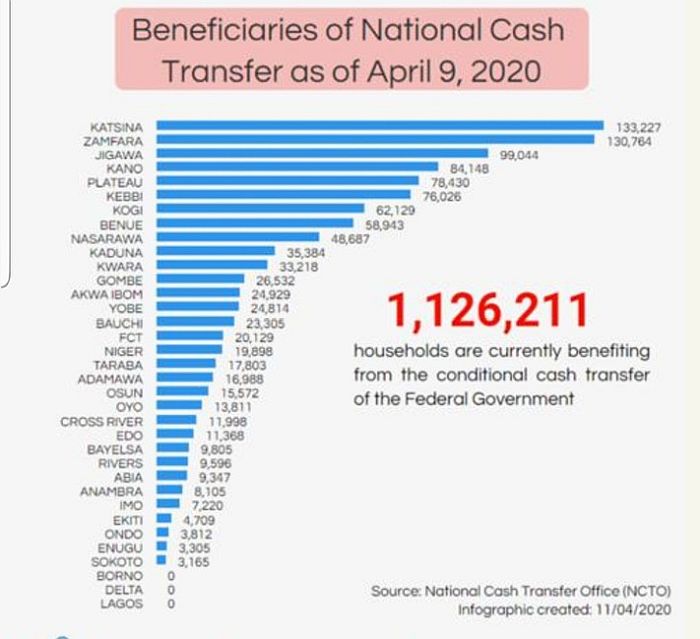