Despite governmentâs concerted effort to restore normalcy in Bassa Local Government Area of Plateau State, on14th April 2020, another community in the same local government was attacked.

According to report, at about 7:30pm, while people were going about their normal activities in Hwrra, a remote village in Maiyanga in Kwall District of Bassa LGA when Fulani herdsmen were said to have attacked the community, leaving 9 people dead, several houses, water pump and a motorcycle burnt.

According to report, a 25 year old pregnant mother of 1 was among those killed alongside her 7 year old child. Also killed was an elderly man who went in search of his grandson during the attack. The man and his grandson were killed in the attack.

Others killed were 3 people who attempted to escape during the attack.

The attackers appeared from different direction in large numbers and set many houses ablaze.

When villagers saw them, most of us ran for safety, unfortunately, 9 people lost their lives in the process.

See The Photos Below: 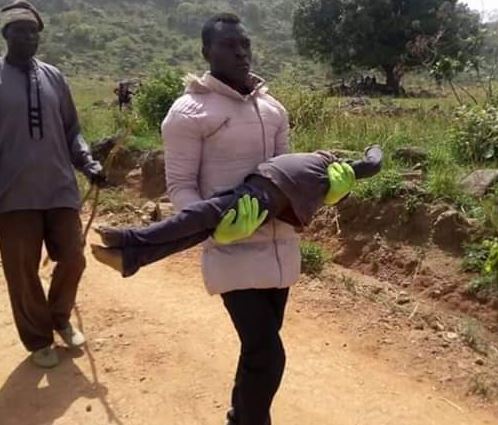